Water hyacinth (Eichhornia crassipes) is a floating plant that can grow in all types of fresh-water habitats. Its height above the water can vary from a few inches to as high as three feet. It has broad, glossy, leathery oval-shaped leaves and produces a deceptively pretty lavender or pinkish flower. The stalks are long, spongy and bulbous, and the feathery root masses underwater are purple-black in color. Part of what makes the water week so wily is how quickly it grows. In fact, it is one of the fastest-growing plants known on the entire planet. Mats of water hyacinth can double in size in as little as 6-18 days. This is highly problematic for several reasons. An infestation can quickly cover a body of water entire, from shore to shore. The sheer mass of plant material involved is shocking. An acre of water hyacinth can weigh as much as 200 tons, and a serious infestation can be several acres in size, essentially rendering the body of water useless to anything or anyone. The invasiveness of this plant is attributed to its ability to quickly clone itself. Bodies of water that have already been affected by human activities are particularly vulnerable, and especially those with elevated level of nutrients. 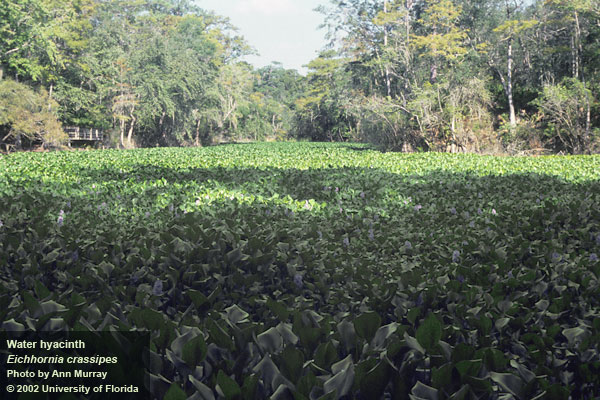 Origins: Native to tropical and sub-tropical areas of South America, water hyacinth was introduced to the US in 1884 at the World Fair held in New Orleans, Louisiana. The plants were handed out as gifts by people visiting from Japan. In a surprisingly short amount of time, the plants were thoroughly choking out rivers, killing off fish and even stopping ships from navigating waterways.

Habitats: In any temperate climate, water hyacinth can grow rapidly in lakes, rivers, ponds, reservoirs and ditches. It can’t grow when the temperature dips below 54° F, so it dies off in winter in colder climates, but often resurges in spring and summer.

Eco-Impacts: When water hyacinth infests a body of water, it can easily clog it up so badly that it renders all water activities impossible, whether its boating, fishing or swimming. Water-flow becomes greatly diminished, and the thick mats block sunlight, killing off other native water plants. It also blocks the air-water interface, causing a depletion of oxygen in the water that kills of fish and other aquatic animals. All this in turn further disrupts the surrounding animals that depend on water access for sustenance. An infestation of the plant also forms a prime habitat for mosquitoes and the diseases they carry.

Distribution: The map below shows the extent to which water hyacinth can be found in the US. The worst on-going infestations are in the Southern US with its warmer temperatures.

Controls: Decades of research have yielded surprisingly little in the way of effective controls for this devastating water weed. Biological control experiments have largely failed, although there are a couple of species of weevils and one moth that have shown some promise. Chemical control with herbicides has been tried, but often causes further problems. Mechanical removal is difficult for a major infestation, but does work as a stop-gap measure. 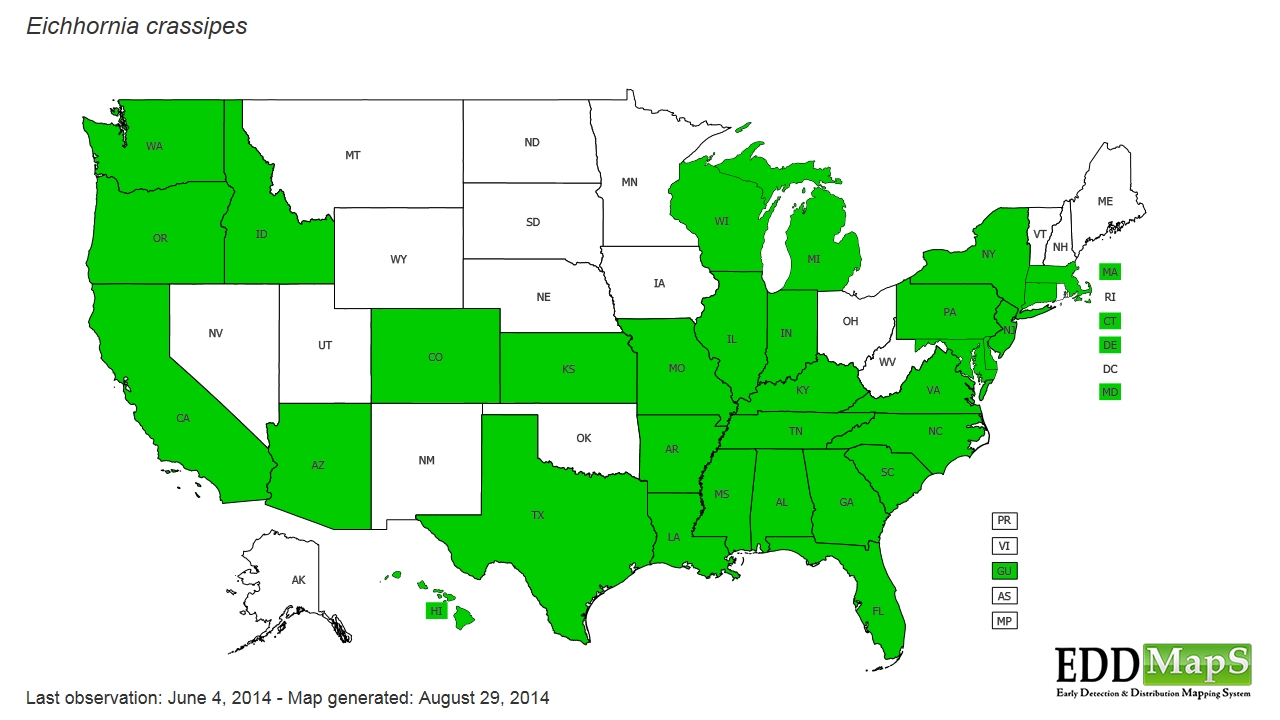 Distribution of water hyacinth in the US in 2014 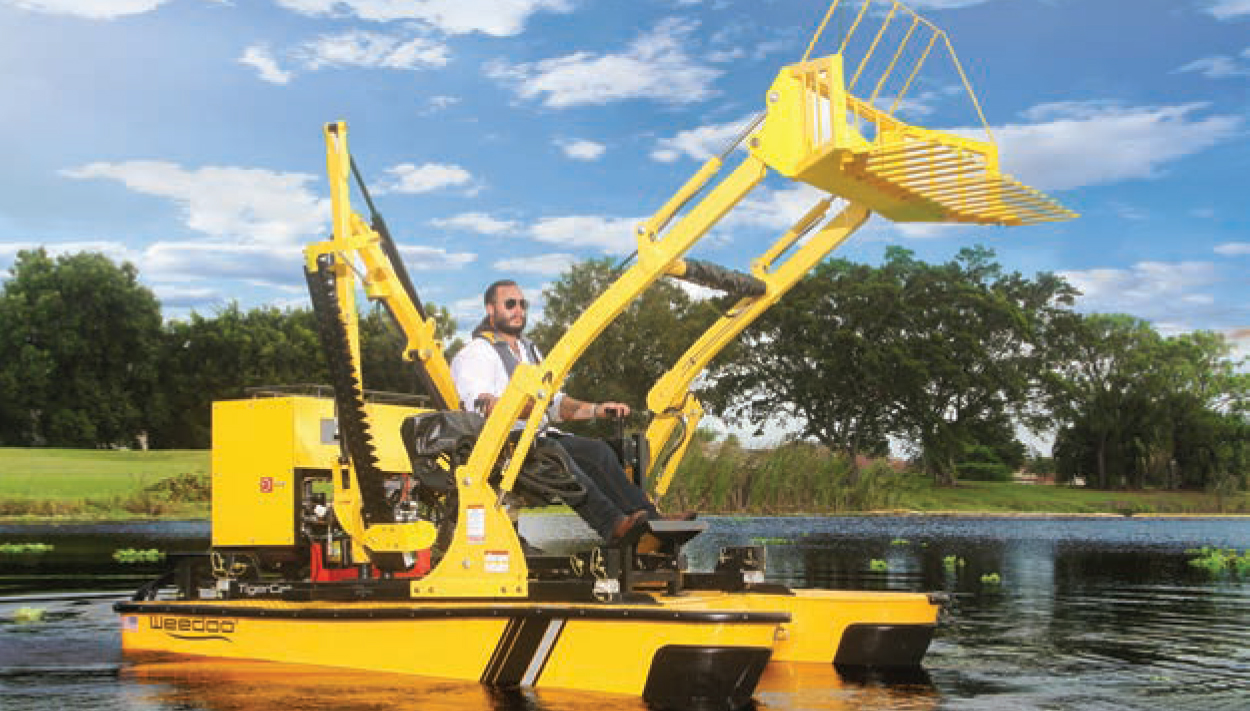 Getting the upper hand against water hyacinth can be a real challenge depending on the size of the infestation you’re trying to tackle. Mechanical removal with a Weedoo Environmental Work Boat such as the Weedoo Compact Workboat can help you get the job done without using dangerous chemicals that introduce a whole other set of problems by contaminating the water.

Water hyacinth is an incredibly invasive water weed that has caused serious problems in warmer-climate areas of the US. Tackle it with Weedoo Work Boats!